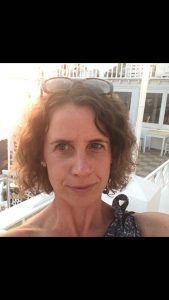 I’m Kylie and I grew up in Brisbane, Australia far away from any conceptual idea of Italy and its’ incredible history. It was a trip to Rome in 2009 that began my obsession with the city, especially the stories of the artists and how they challenged the politics of their day. On returning to Australia I became restless, and within the next coming years I moved to Florence to begin a new degree in Art History.

In 2013 I moved from Florence to Rome and have since been studying whilst working as a guide. Throughout my time in Italy continued study has increased my knowledge to encompass a greater appreciation of history, cultural habits of Italy’s unique regions, and a credited knowledge of Italian wines.

There is no end to Italy’s history and for me it is a privilege to be able to work in a field that continuously provides stimulation to better understand the country’s past and influences that have left a mark on a greater western world. I absolutely love combining the tours I lead to incorporate both the historical content alongside the culture aspects of different time periods; whether this is site specific to touring within the elegant surrounds of a Renaissance palace or travelling further back in time to experience a day in the life of Pompeii.

I find the variation of the history is what makes my job so interesting and exciting. There is no end to the depth of Italy’s wonders and I am always appreciative of being able to pass on my knowledge to other travellers wanting to unlock the country’s secrets. As I first walked the city of Rome, the city walked little tracks all over my heart and has forever since left me with a sense of awe.